Former science minister Lord Drayson has admitted that the Labour government’s support for diesel cars was a mistake, and warned that diesels are “literally killing people”.

The comments came a day after Volkswagen, the world’s biggest carmaker, admitted that almost 1.2m vehicles in the UK were involved in the diesel emissions scandal that has rocked the company. This means more than one-in-10 diesel cars on Britain’s roads are affected.

Overnight, it emerged that Volkswagen in Australia faces being hauled before an court and fined by the consumer watchdog if pollution-cheating software is found in the country’s cars. 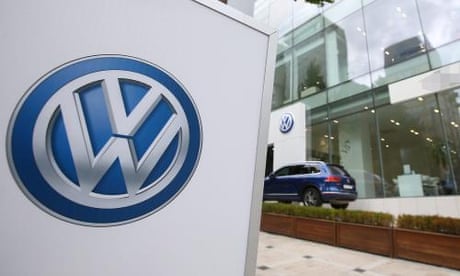 Gordon Brown introduced tax breaks for diesel cars as the UK chancellor in 2001 because they emit less CO2 than petrol-powered cars, but it is now known that they emit other harmful pollutants, known as nitrogen oxides.

Speaking on Radio 4’s Today programme, Drayson, who was science minister from 2008-10 in Brown’s government, admitted: “We did get it wrong. We now have a much better understanding than we did just a few years ago of what are the health effects of the products of diesel cars and they are literally killing people so it’s clear that in retrospect that was the wrong policy.”

He said that because about half of cars on the road in the UK and Europe are diesels, action must be taken quickly. He urged the car industry to accelerate the development of electric vehicles.

Drayson, a businessman with a longstanding interest in clean energy and electric cars, called for vehicle exclusion zones in cities, more rigorous independent testing of diesel cars – and a new car scrappage scheme for diesels. He noted that the UK’s last scrappage scheme, which was introduced in 2009 to boost the economy, had been very successful. 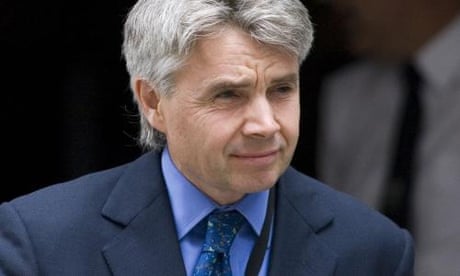 A recent study commissioned by the Greater London Authority and Transport for London concluded that almost 9,500 people die prematurely each year in the capital due to air pollution, with diesel exhaust a major contributor.

The City of London Corporation is working with taxi companies to go “electric only” in key areas of the financial district, building on other initiatives such as banning idling engines and introducing a 20pmh zone.

Wendy Mead, who chairs the corporation’s environment committee, said: “Diesel was sold as an environmental solution but it is in fact an invisible killer. There are a range of proposals for reform of the UK’s air quality strategy, but we urgently need to move further and faster on reducing pollution from diesel vehicles.”

The UK Green party said it is “vital that the scrappage scheme [Drayson] calls for must not reward cheating carmakers with new profits”. Local transport spokeswoman Caroline Russell urged the government to spend any fines given to carmakers caught cheating emission tests on improving public transport and walking and cycling facilities.

Drayson’s comments came as the updated UK consumer rights act took effect. It opens the door to US-style class-action lawsuits, by introducing an “opt-out” scheme meaning that everyone affected is automatically a member of the “class” which is suing. Consumer groups have welcomed this as a big step forward in helping people get compensation from companies, but the CBI business lobby group warned that the opt-out scheme risked worsening the high liability costs in the UK.

German media reported that the criminal investigation launched in Braunschweig this week does not centre on Volkswagen’s former chief executive, Martin Winterkorn, but on other, unnamed employees of the carmaker. Winterkorn stood down last week after nearly nine years at VW’s helm, but insisted he did not know about the manipulation of emissions tests.

Professor Richard Folkson, president of the Institution of Mechanical Engineers, warned against responding to the Volkswagen crisis with knee-jerk reactions, and casting diesel aside.

“This is the time to look closely at the information as it emerges and take more considered views on the best way forward. We should not be rushing to scrap diesel cars when they clearly make a considerable contribution to reducing carbon emissions in the UK. If all new fossil fuel cars were to be solely petrol tomorrow for example, our average carbon emissions would increase by 16%. That cannot be in our interests as we approach COP21 in Paris in December where we are seeking to limit our impact on climate change,” he said.

“What we need is a rapid introduction of a new testing regime that much more accurately reflects driver behaviour. We engineers should then carry on doing what we have been doing successfully for the last 40 years which is to improve both the engines and the exhaust treatment systems to mean emissions for all engine types continue to reduce. Diesel has many attractive characteristics which means it is going to be part of that progress. This is not the time to restrict our choices by casting it aside.”

Mike Hawes, the chief executive of the Society of Motor Manufacturers and Traders, is also expected to mount a defence of diesel cars at the National Air Quality Conference in Birmingham later on Thursday, arguing that the latest diesel vehicles are the cleanest ever.